On a cold Saturday morning, a small group of eager Year 11 students representing the DCGS Robotics Team travelled down to Southampton for the 2019 Student Robotics competition to find out whether the gruelling hard work of the past six months would pay off. 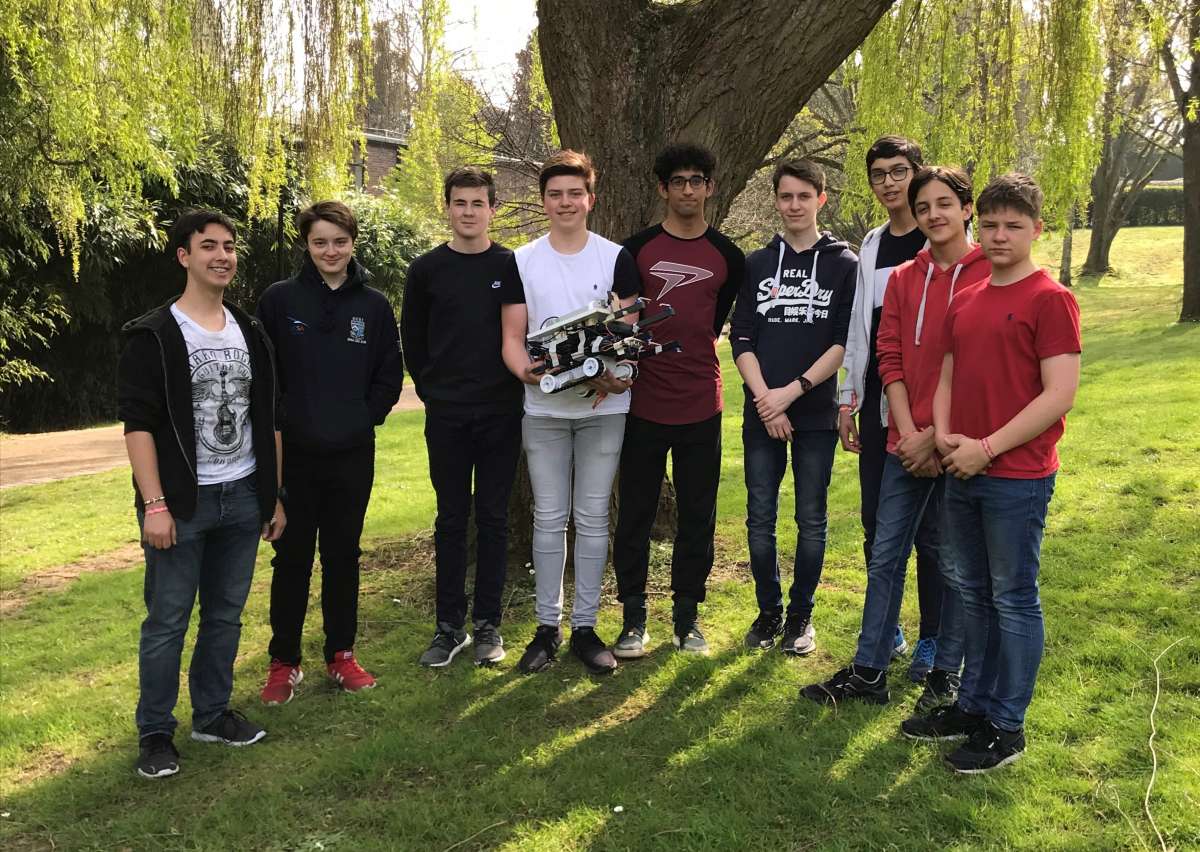 The competition seemed to be simple; each match lasted two minutes and consisted of four robots trying to move cardboard blocks into different scoring zones within a large arena. The scoring zones were divided into three different categories worth two, seven and a huge 30 points if captured. To add a further challenge, if a robot finished the match inside a zone, then the points of the zones surrounding it were tripled. Clearly then, there would be much to think about when it came to designing our robot. 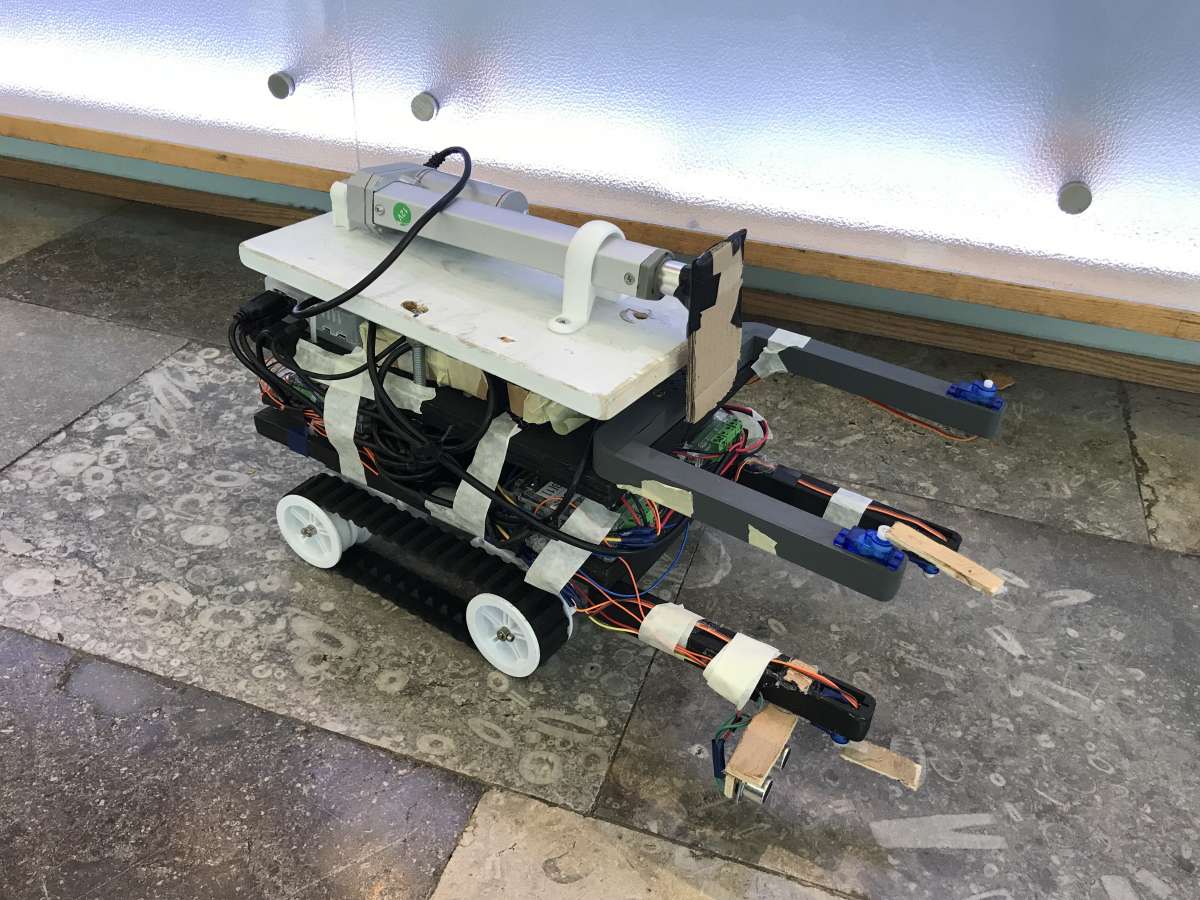 The design itself was, in our minds at least, elegant and effective. A tracked chassis made up the drive chain and above this sat the electronics. Since the blocks were stacked in twos, we added an actuator on the very top so that we could move the top block off the bottom one. On the front of the robot, we had two U-shaped arms - which we designed and 3D-printed ourselves - to surround the boxes, with servos and gates holding the blocks inside. The end product was a machine with a thrown-together sort of charm.

With our robot built and our strategy in place, we were ready to go.

When we arrived we had a small amount of time to finish tinkering with the robot before we had a briefing, and then we were onto the first of the matches. There was a general round-robin style phase to create a seeding before teams went into knock-out rounds and then to the finals.

Each of the robots had their fair share of problems, with many initially refusing to move at all. Our robot had similar issues, but the team worked tirelessly between matches to fix them and we did well on the first day, placing 12th out of 28 on the leaderboard. On the second day, we had far fewer problems, and as a result, we pushed up to 7th. This meant that we were seeded well and played teams that were not as good as us in the knockout round. 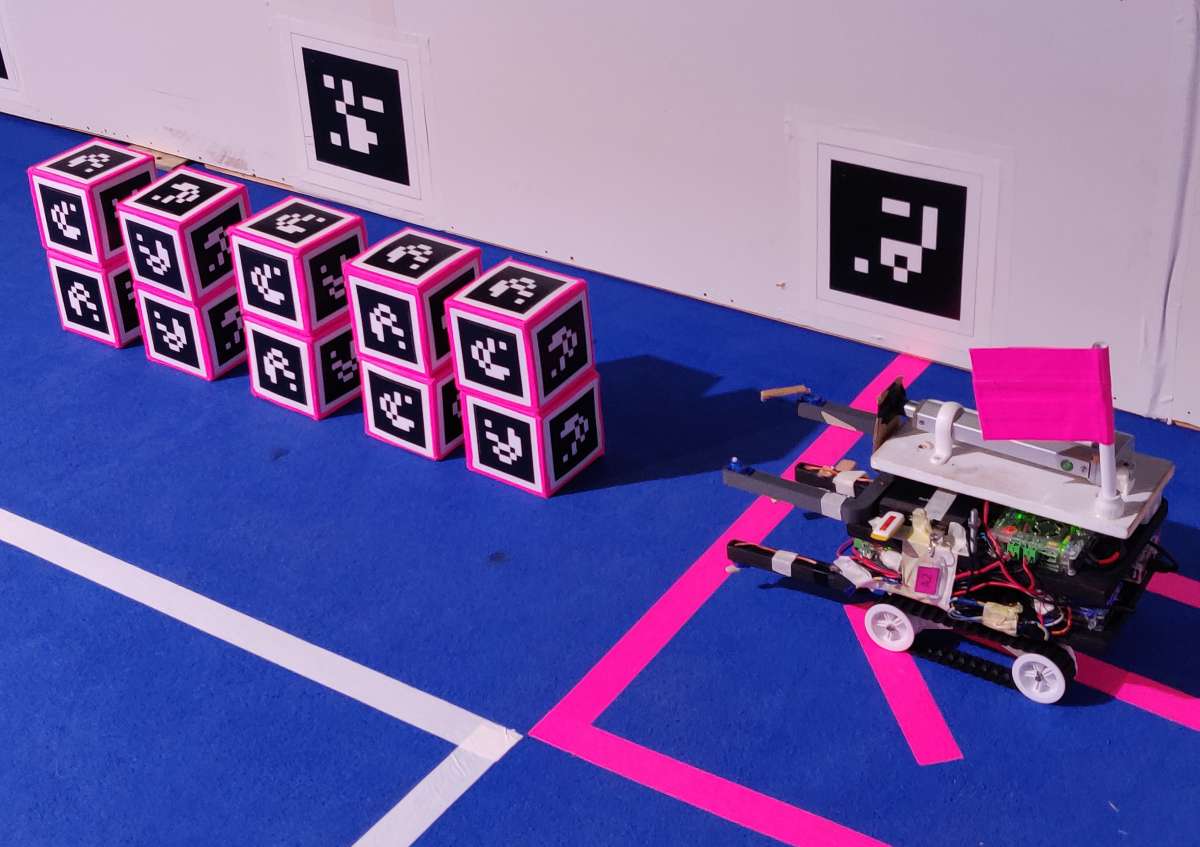 Our first knockout round went well and we qualified for the quarter-finals against three other good teams, with one being an international team from Germany. Unfortunately, the first round took its toll on our robot and one of the motors began to malfunction. With no time to fix it, we crossed our fingers and hoped for the best. Although placing two blocks and scoring a good number of points, we were not able to get through to the semi-finals. Even though we didn’t take home the trophy, we all thoroughly enjoyed the experience and learned a huge amount.