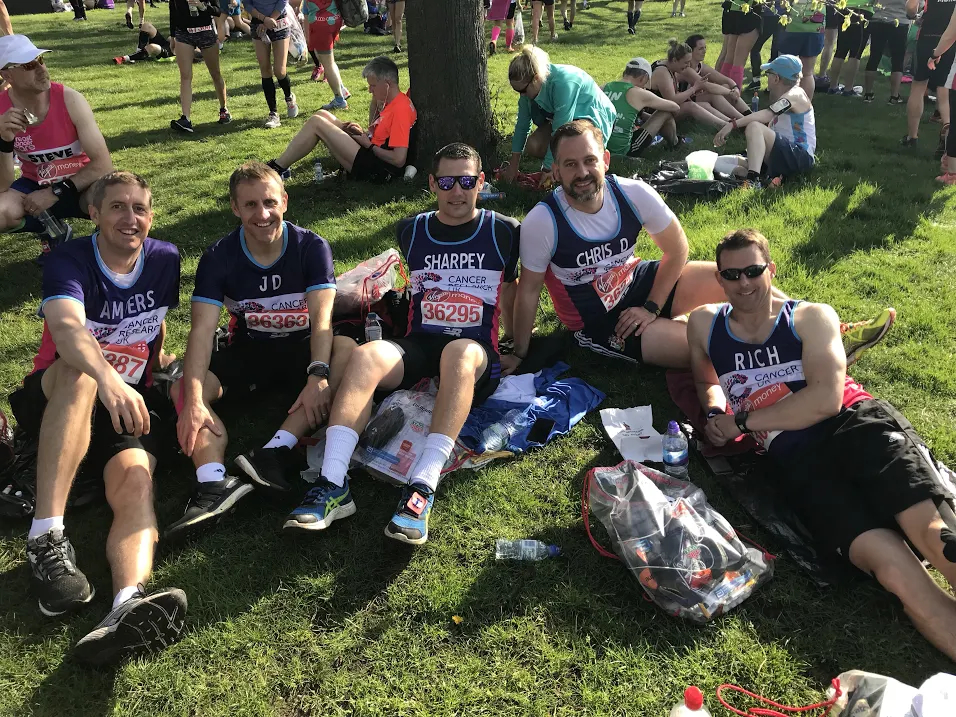 Last Sunday, five members of the Challoner’s PE team ran in the 2018 London Marathon, raising money for Cancer Research UK. After weeks of training Mr Sharpe, Mr Deadman, Mr Ambrose, Mr Pontin and Mr Duggan all set out on the 26.2-mile course through London for the hottest ever marathon in the capital.

Their aim was to raise £15,000 for Cancer Research UK, which in itself is by no means an easy task, let alone the additional gruelling preparation for such an athletic challenge. This year’s marathon was Mr Sharpe’s 3rd and Mr Deadman’s 2nd, while the rest of the team were to taking part in their first marathon, all with a target to finish the race. By the Friday before the race, the total amount raised had already passed £11,388 and it would reach £15,000 on the Sunday morning when their target was actually £12,500, showing the huge amount of support and generosity the team had received prior to Sunday, 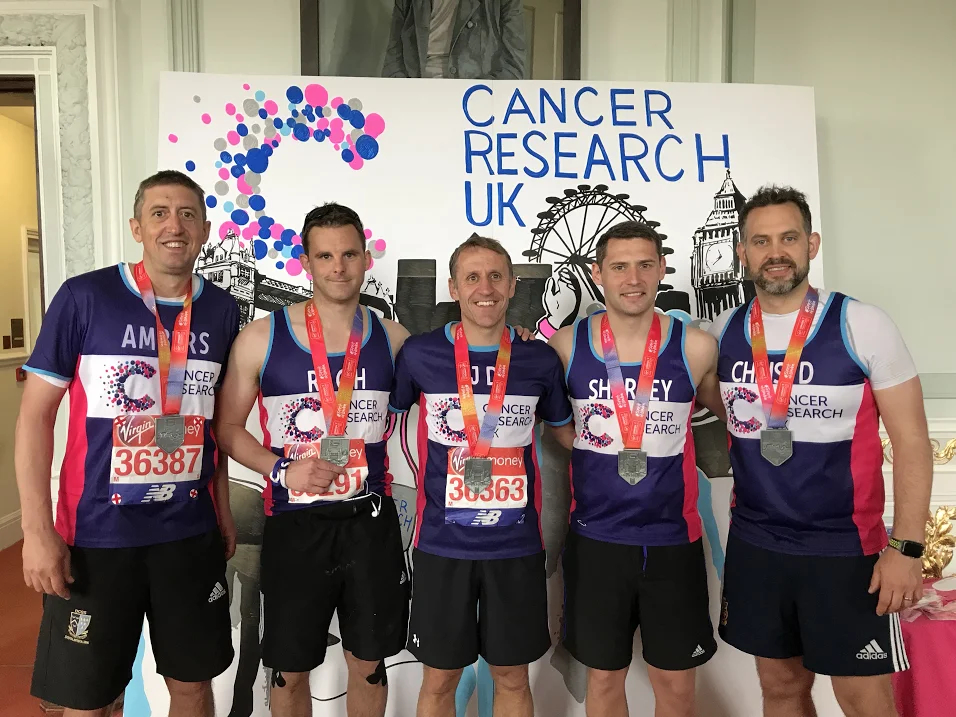 At 6:15 on Sunday morning, the five teachers left school to travel to Greenwich Park where the race would start. With such a warm day forecast, everyone was expecting to run slightly slower than expected due to the extreme heat (the road temperature was at a record high of 27 degrees celsius). With friends, family and also teachers from school cheering the team on from the sidelines, the five set out between 10:10 and 10:30, and all finished the marathon successfully, with an excellent set of race times ranging from four and a half hours to five hours, 45 minutes. The hard work obviously paid off!

At the time of writing, the team have raised a huge £16,630, well above their target of £15,000. None of this would have been possible without the massive amount of help and kindness from the friends and family of the team as well as the students and their families from school, whose messages and donations the PE Team are very grateful for.

If anyone would like to donate to help even more for the team’s fundraising and for the excellent cause, the link is below.