Last week, thirteen Sixth Form students travelled up to the University of Cambridge to take part in PiWars, a robotics competition based around the Raspberry Pi computer. Robots had to be versatile, competing in seven different challenges ranging from an autonomous maze to a round of mini golf.

Robotics is still quite a new area for the school, with last year’s Student Robotics competition being the first that a team had competed in. Despite this, Challoner’s didn’t falter and rose to the challenge of PiWars. 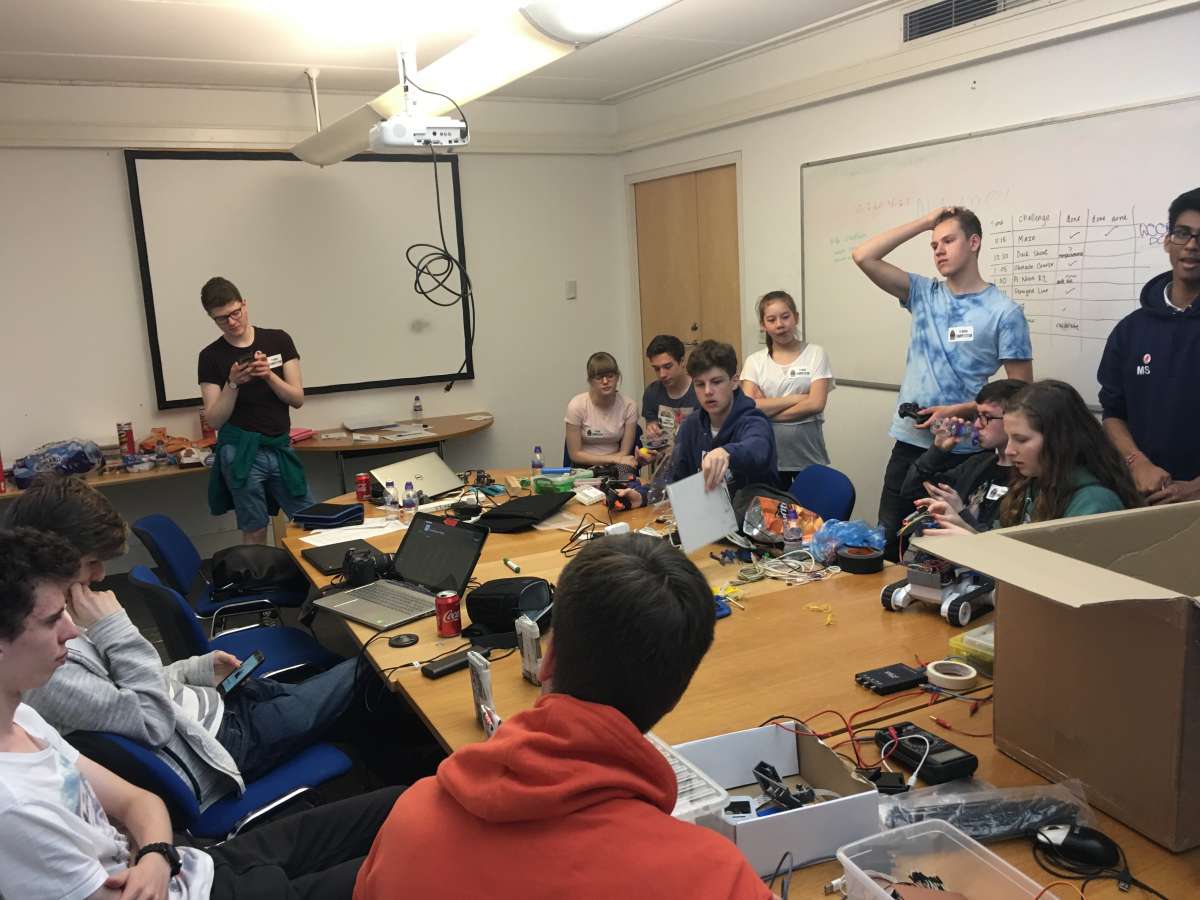 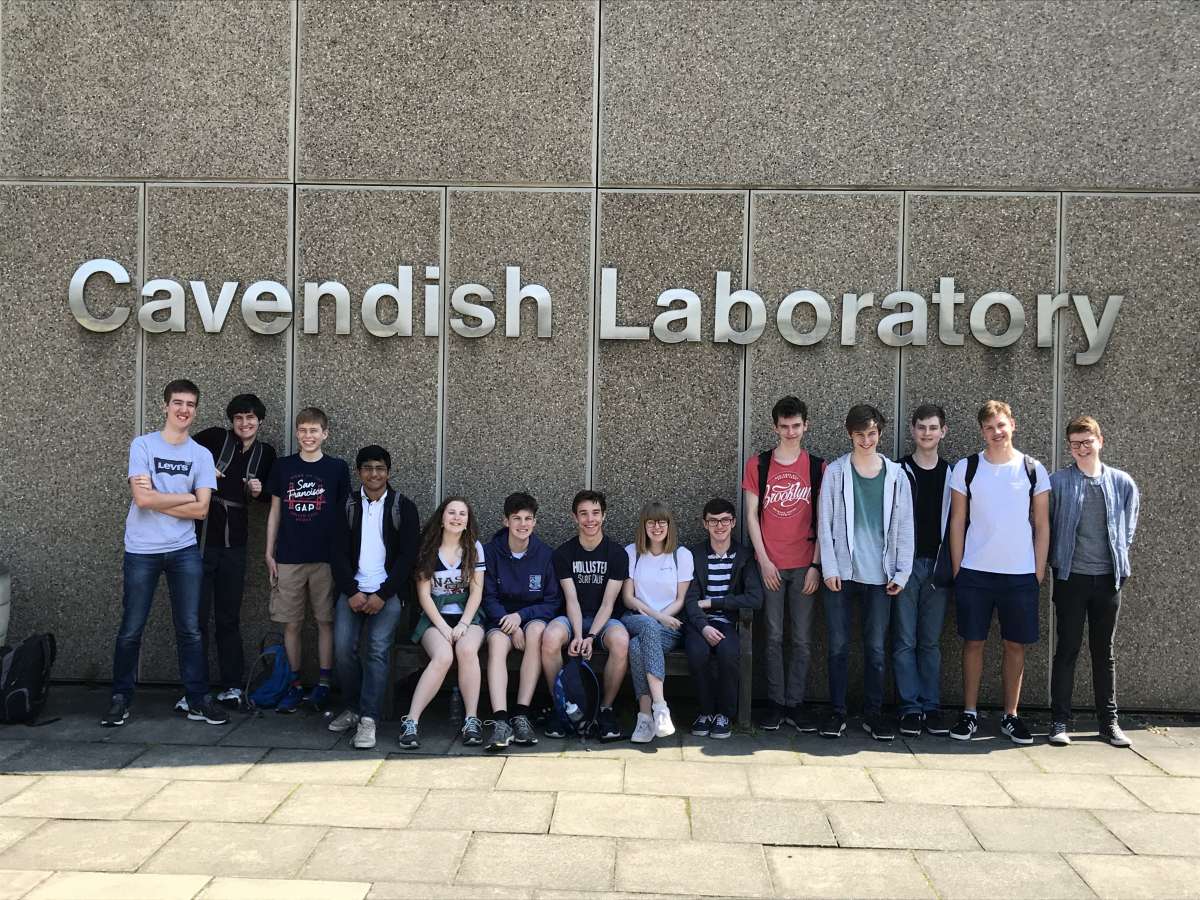 Our journey began in September last year, when the competition was launched, and the challenges were revealed. This year we weren’t supplied any equipment by the organisers and hence we had to design, build and code everything from scratch. The only ‘rule’ of the competition for the hardware was that the robot had to be based around a Raspberry Pi. 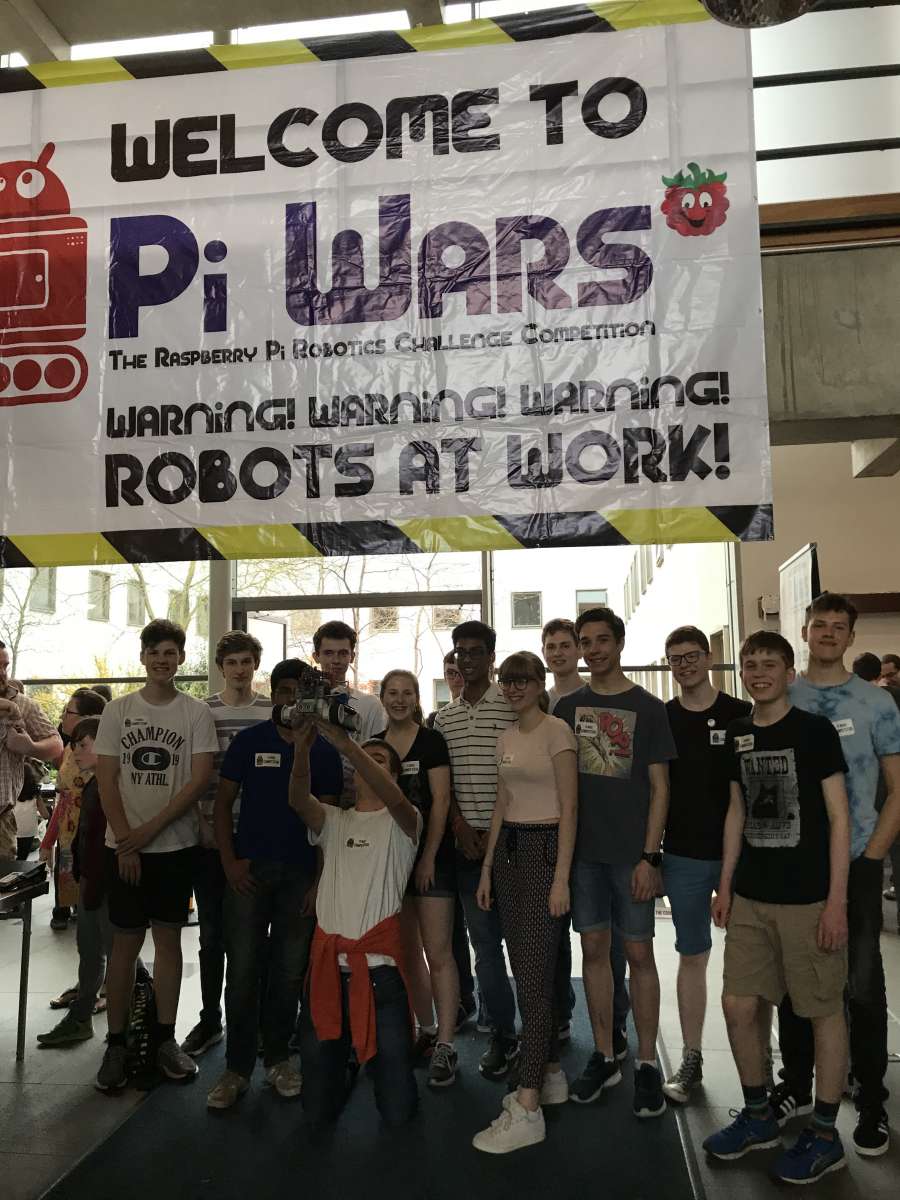 To connect all the parts together, we decided to use 3D printing. This allowed us to design intricate parts that we couldn't have bought online or made by hand in wood or metal. The added flexibility of this meant the construction of the robot became much easier, using a simple attachment system to allow different functionality on different challenges. This allowed the team to produce some delicate and innovative solutions to the challenges, such as a rubber band gun to knock over targets in the ‘Duck Shoot’ challenge: a contraption that had high accuracy allowing us to consistently score points.

The competition took place on Saturday, giving the team a chance to showcase the previous six months of work to the rest of the competitors, and more importantly the judges. Throughout the course of the day we would complete all seven challenges, culminating in an awards ceremony to finish.

Our first challenge was the Minimal Maze. This comprised of a simple maze that the robot had to navigate through autonomously. After a slightly hesitant first run, we completed our second and third rapidly, gaining us the second fastest combined times in the whole competition (our first podium spot for a challenge).

The second challenge was the Duck Shoot, where we were able to consistently knock over targets and scored well thanks to excellent piloting and laser pointer precision (even if it was only held on by electrical tape!)

Our second podium finish came from the Obstacle Course. Due to the robust design and manoeuvrable nature of the robot, we were able to easily breeze past many of the obstacles that smaller robots became stuck on. With some excellent piloting from Mayank Sharma, the team secured second place in that particular challenge.

One of the most challenging pieces of code we had to write was for the Straight Line Speed Test. This involved us having to drive our robot in a straight line, something that is a lot more complicated than you may initially think. As the robot didn’t drive perfectly straight to begin with and the course being quite narrow, we had to use computer vision to adjust our course as we drove through the arena. Thanks to the late nights that Henry Franks, our computer vision expert, spent tweaking the code, we were able to effortlessly glide through the course into third place for that challenge.

The final challenge for us was named Somewhere Over the Rainbow. Easily being the most difficult of challenges, to the extent that the organisers of the competition were ‘apologetic’ for including it, we were apprehensive going into. Requiring the robot to detect coloured balls in order to travel in a sequence around the arena, there were many things that could have gone wrong. We weren’t able to test the robot in the specific conditions beforehand, which left open multiple points of failure, from uncalibrated lighting conditions to the materials used to build the arena itself. Thankfully none of these were issues and we breezed through the challenge in around 17 seconds, very impressive considering most of the other robots failed to complete it in minutes. This gained us a much deserved first place in this challenge. 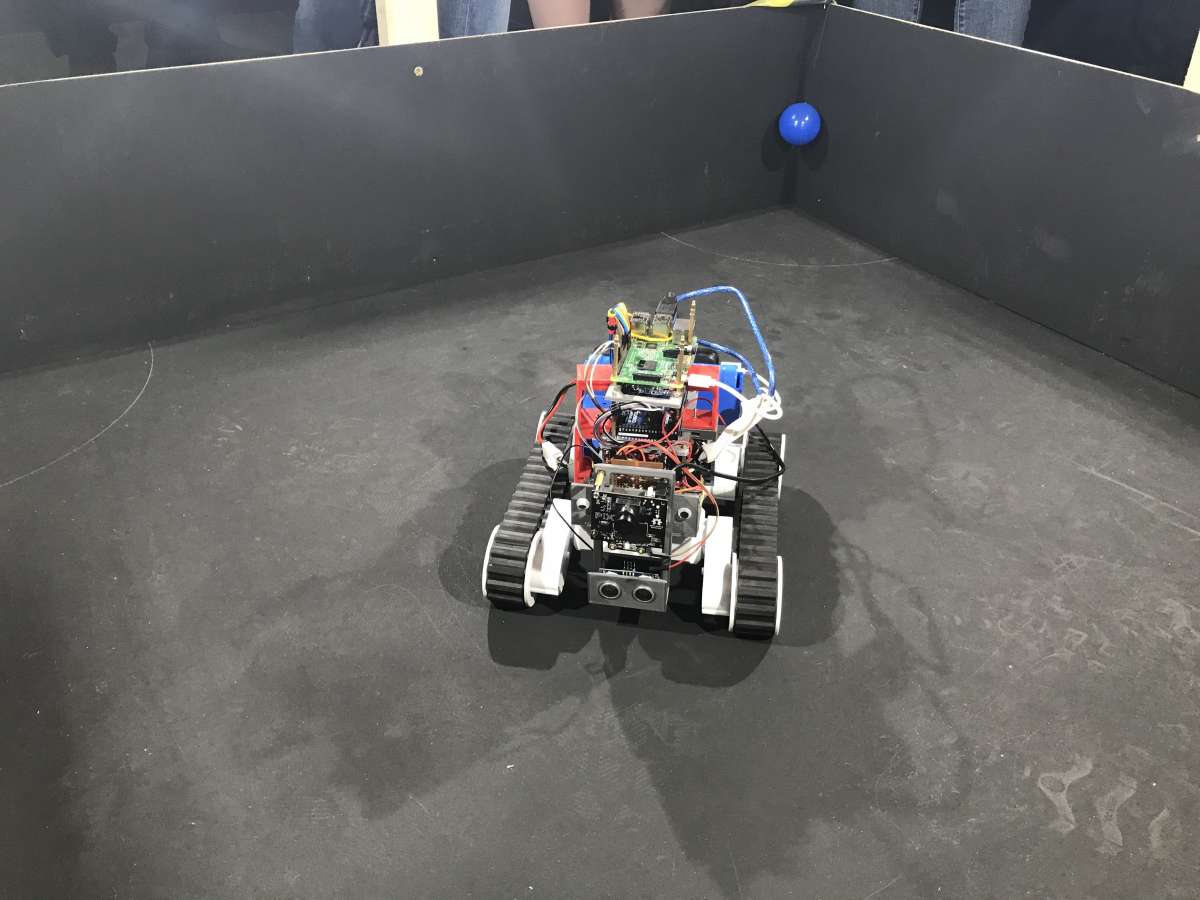 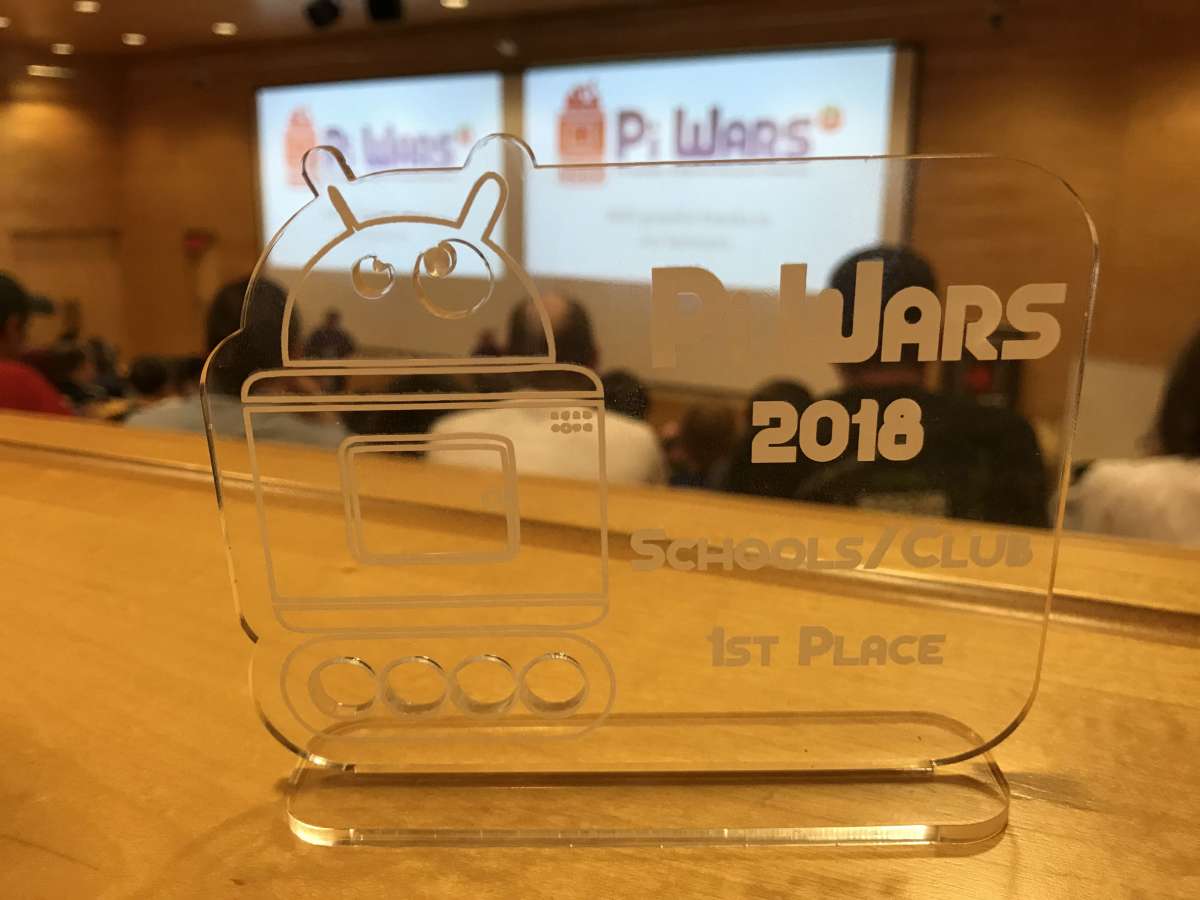 After a tiring day of testing, tweaking and competing, everyone gathered for the awards ceremony. With over forty teams registered to compete and almost thirty turning up on the day, we had no idea how we had done. The results were announced in reverse order, creating a slow countdown timer to the point where our result would be announced. Much to our delight, we came in first position, beating out teams from Westminster School and International teams from Hong Kong, Malaysia and Turkey. To the screams of delight from Miss Timpson, it turned out we had won with 1098 points, over 100 more than the team in 2nd place.

I would like to thank Miss Timpson for organising the trip, helping throughout the year and introducing the school to Robotics. Thanks must also go to Miss Binnion and Mr Clare who accompanied us on the trip.