Taking on the London Marathon 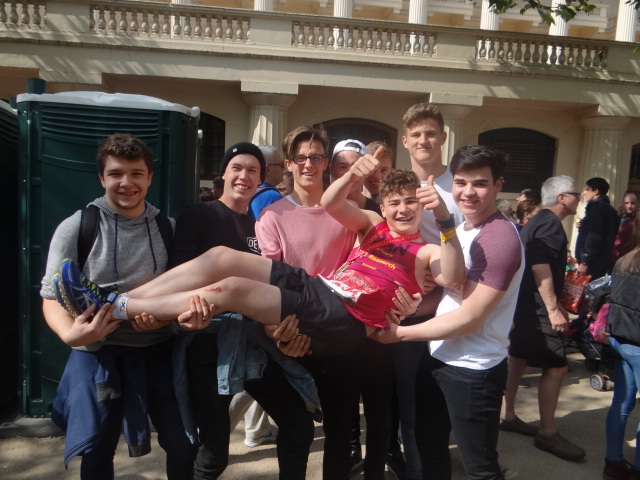 Last Sunday saw one of our own, Dan Burridge of Year 13, run the London Marathon. Completing the 26 mile course in under four hours, Dan ran in support of Brain Tumour Research, a charity with which he has very close connections.

After discovering growth hormone deficiencies, doctors found that his bone age was two years below what it should be, leading them to diagnose Dan with a tumour on his pituitary gland in January 2016. Dan noted, 'Mum had a phone call from the consultant who told her they found a tumour. She found the wait much more worrying than me - it really affected her.'

Fortunately discovering that it was benign, Dan decided to take on the Marathon in support of Brain Tumour Research, having previously completed a half-marathon aged fourteen.

I realise I have been very lucky and that thousands of others diagnosed with brain tumours are not so fortunate, which is why I want to give something back.

Incredibly raising more than £7000, Dan completed the event as the charity’s youngest ever runner - an incredible achievement.