The performance itself was a stripped down version of the classic absurdist piece written by Franz Kafka. The play details the events of the Samsa family when their son, Gregor, awakes one morning to find himself trapped in the form of a giant dung beetle. As their lives progress, it soon becomes apparent that the family are greatly burdened by their son’s ailment and their initially lacklustre desires to help him become solely driven by the vague moral centre of their daughter, Greta. After the terrified exits of both Gregor’s employer and a potential lodger, the family reach the conclusion that they can no longer manage with the colossal invertebrate. The play closes after the death of Gregor from a wound previously inflicted by an apple, with the haunting image of the three-strong family optimistically looking forward into the future, thankfully rid of their once son.

The first thing to strike the eyes of the audience as they entered the drama studio was the set. The stage included a large metallic cage construction, the likes of which have never been seen before, used by Joe Gocher, starring as the dung beetle, to climb and hang from in a bug-like fashion. 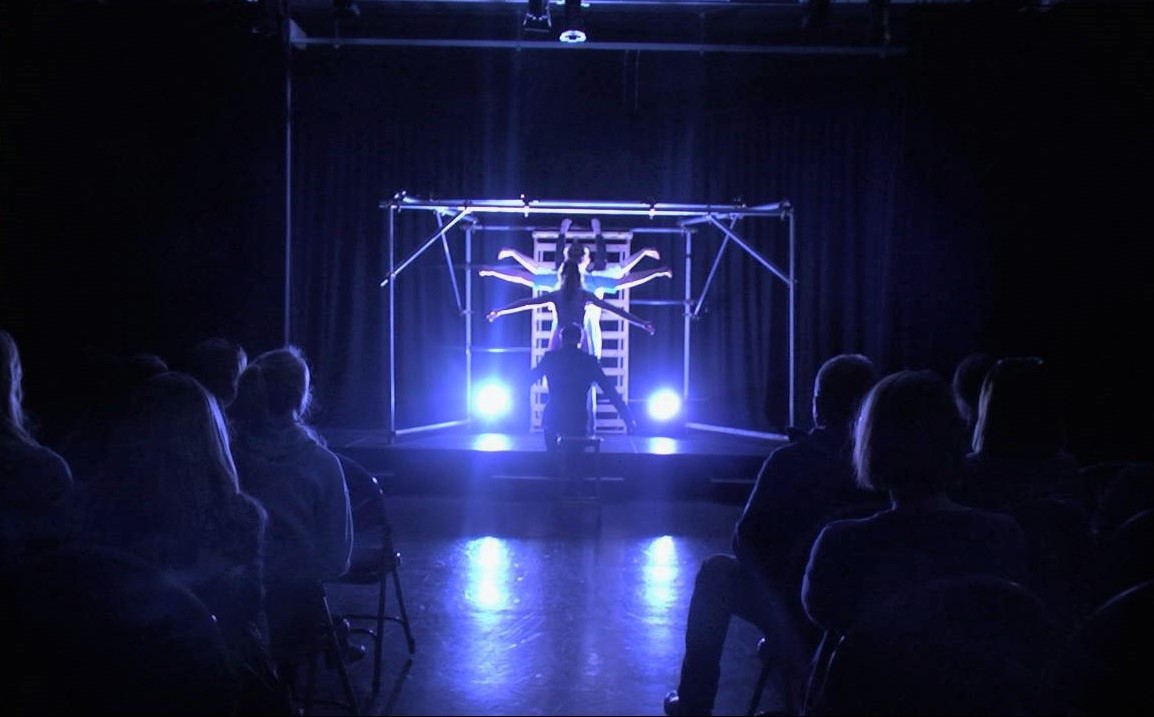 Rehearsals had been going on since the start of 2016, so understandably tensions were high as the summation of the past months of work came into being. An audience had turned up in force on both nights of the performance and the students were eager to thoroughly entertain and, to an extent, perplex the viewers; comments from teachers and students alike indicated that this had been achieved, and now we await the results in the summer.