The Engineering Society is one of the largest and most active society at Challoner's. We run weekly sessions for students to come along and take part in various engineering challenges. This year, we've also introduced smaller group projects. We've had teams in both the Jaguar Land Rover 4X4 Challenge and the F1 in Schools challenge. 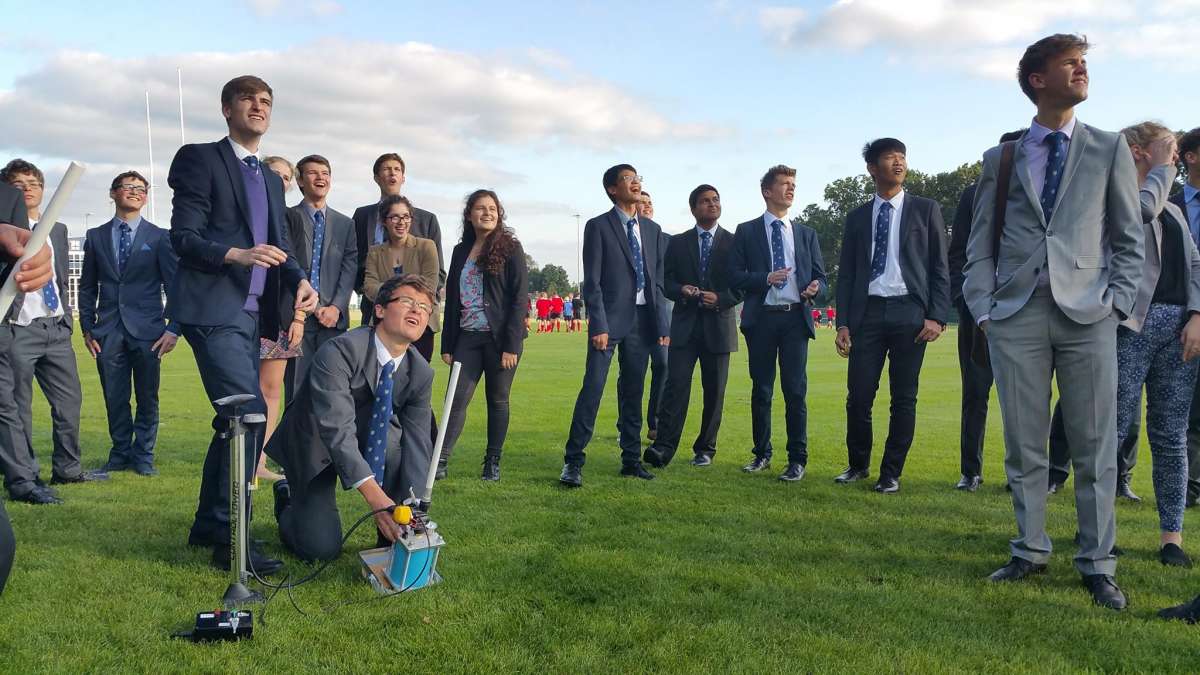 We've also invited guest speakers to inspire our future generation of Challoner's engineers, including speakers from the Bloodhound SSC project for the land speed record and a professor of Engineering Science from the University of Cambridge. At Challoner's there are a great number of students that pursue a career in engineering, with many going to the best universities in the country to study the subject. We run a thorough selection process for the next year's leaders in order to ensure the best for the society. Over the past few years we've had a very high calibre of students running the society with a roughly even split between both DCGS and DCHS.

The running of this society wouldn't be possible without the efforts of the leadership team: Damian Biel, James Walker, Ishaan Bharaj, Arlen Liu, James Lilley, Ellen Carey, Mem Swanborough and myself. We've also been supported throughout the year by Mr Baldwin and Mr Colquhoun who have played an integral part in the running of the society. We've had a great time running the society this year and hopefully the enthusiasm for this fascinating field will keep building over the years to come!