Students in Year 9 were lucky enough this week to have a visit from fantasy author Mark Robson, who provided a number of workshops to help our imagination and technique in creative writing. Mark then explained that all you need to write a book is a good idea, then more ideas will come to you, and that a story is not a great story without a problem that needs addressing.

Mark always wanted to be a pilot for the RAF and when he was offered a scholarship at the RAF in 1982, he felt as though his dream had finally come true. After being an operational pilot for over 20 years, Mark started writing his first novel in 1995 after a throwaway line from his navigator - an action that later sparked his interest in becoming an author! He was bored in the Falkland Islands, as the weather was too bad to do any flying, and in a fit of pique at Mark’s crankiness with the inactivity, his navigator said, 'Oh for goodness sake do something useful. Go write a book or something!' Never one to back down from a challenge, Mark made a deal that he would write the introduction to a book and if the navigator liked it, then Mark would write the rest of the book. Three days later, the prologue to The Forging of the Sword was dutifully handed over and The Darkweaver Legacy was born. The book was published a few years later and the response from readers was very positive, leading Mark to publish three more books in the series, and that was how he began his career as an author. 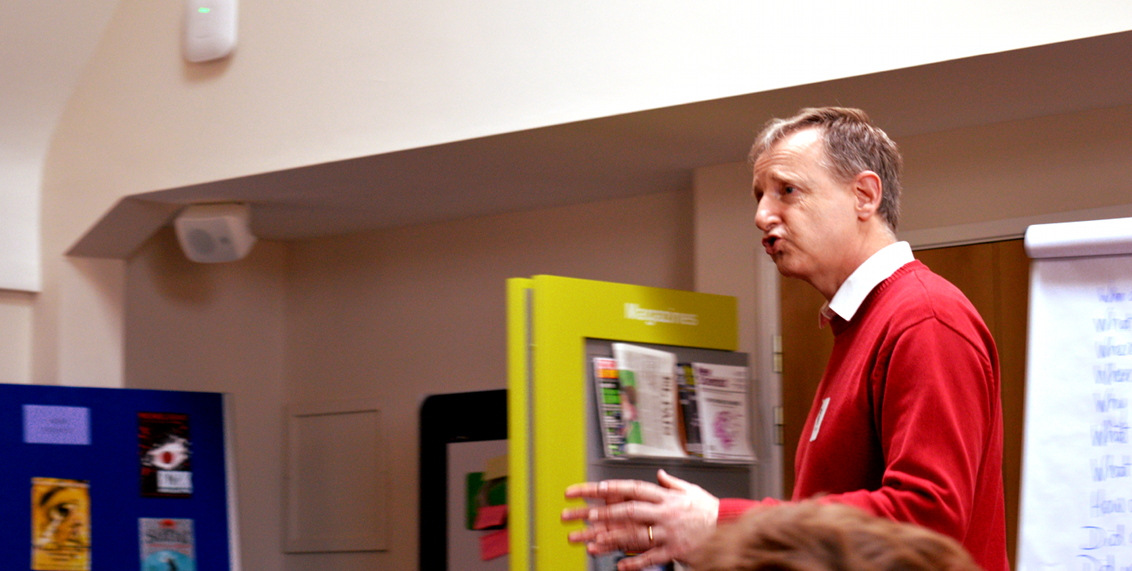 The visit started off with Mark reading an extract from the Dragon Orb series, one of the most successful series of books he has written. The Dragon Orb is all about four dragon riders who are on a mission to save their world and can only do so by enlisting the help of the dragons. Their aim is to find four of the orbs whose combined power can restore the Oracle, but obstacles lie in their way.

As Mark was reading, we concentrated on the writing techniques he used and the amount of description included in the story. He then explained to us that the best way to write a good book is to set the scene effectively and to write a gripping introduction - one that will keep the reader interested and make them want read on. In order to practise this, we all chose random characters and wrote an introduction. When we had finished, Mark pointed out that we should never just ‘list’ facts and that the only way to guarantee the interest of the reader is to use a variety of different techniques.

Overall, it was a really interesting and useful visit for us. On behalf of Year 9, I would like to thank Mark for giving us such an enjoyable and stimulating experience and the English team for organising this visit.