At 10am on Sunday, two Challoner’s teachers, Mr Deadman (PE) and Mr Wallington-Smith (RS and rugby), set off on the London Marathon. However, for both of them, the race didn't just start after Tim Peake's countdown; their race started four months earlier, a bleak December in the gym. Mr Deadman’s special preparation included six weeks in the gym doing swimming, core work and weight training. He didn't start running until the end of January, building up on the treadmill, and then doing four longer runs outside, which included the Wembley Half Marathon and a 20 mile run three weeks before. Mr Wallington-Smith spent a lot of his Easter holiday running, including a week in Ireland for some light altitude training. It was the first marathon for both and they prepared well with their nutrition, especially by loading the pasta and carbohydrates the night before. 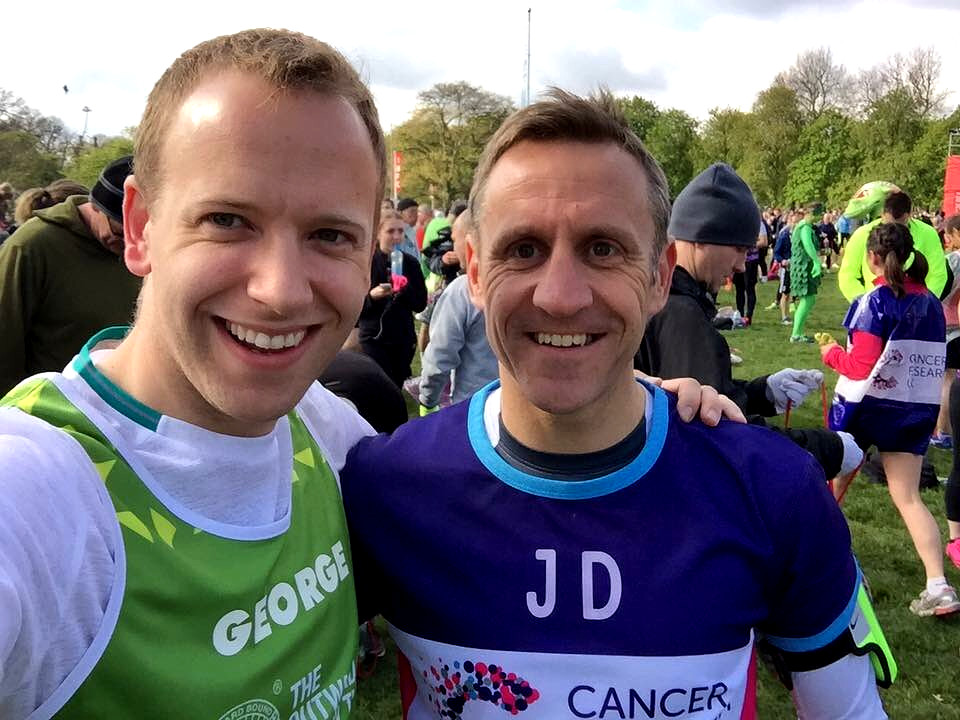 Mr Deadman had applied three times before being selected (after two telephone interviews) by Cancer Research UK. Mr Wallington-Smith was raising money for the Outward Bound Trust, an outdoors education charity based in the UK, who specialise in resilience and self-belief. The two started the marathon with Mr Wallington-Smith in the pen behind Mr Deadman. Both teachers said the most amazing part of the experience was the fact that the crowd was so supportive. They managed to get around injury-free in very respectable times, but who won? Mr Deadman ran 4 hours 26 minutes, which was a brilliant effort, especially considering the obstacles he had overcome. However, Mr Wallington-Smith narrowly came out on top with a time of 4 hours 12 minutes. It has been truly inspiring to hear their stories; Mr Deadman explained how it is possible for anyone to take part as long as they put their mind to it.

So what is the future for Challoner’s marathon running? Mr Deadman is keen on a full Challoner’s PE team effort, whilst Mr Wallington-Smith was very quick to challenge Mr Spenceley to run in 2017. Both DCGS teachers have inspired students and colleagues alike with their amazing achievements in the Marathon. Congratulations too from DCGS to all the Old Challoner's who took part in the London Marathon this year, including: