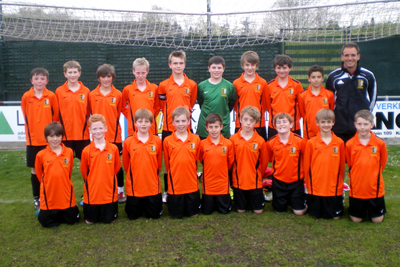 Three Challoner's sports teams went to Valkenburg in Southern Holland during the Easter holidays on a hockey and football tour. It was the second Challoner's sports tour to Holland and the students not only thoroughly enjoyed the visit but performed admirably on the field too.

The 1XI hockey team won all their three matches comfortably, scoring 31 goals in the process, with captain, Harry Kilbourn, scoring 10 goals. The Year 8 football team won their first two matches against Dutch opposition and on the final day, were victorious in the Under 13 tournament against several other English touring schools. The Year 7 football team lost their first match against a strong Dutch side but won their next two matches to finish on a high.

The students experienced a variety of other activities whilst away including ten-pin bowling, tobogganing, laser-tag and a tour of the Philips Stadium, home of top Dutch football team, PSV Eindhoven.